Originally posted on our blog. 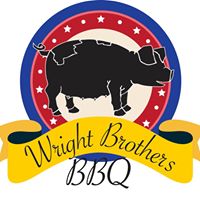 If you think the Wright Brothers are the ones who started air flight, you are right. It must be something in the name that makes Wright Brothers so amazing. The brothers I am going to tell you about are John and Jack Wright from Brush Creek Tennessee.

The story begins when John was 15 years old and Jack was 12 it was July 4th 2013 and raining. Both boys have always been avid outdoorsmen and grew up cooking on the grill but their outdoor activities were on hold that day. They had been making BBQ with their father and had posted pictures on Facebook made that day in case they ever wanted to start a catering business. After the photos went up and the ladies from the church made numerous requests, their father finally gave in and their business was born.

A month after their business started, an unfortunate tragedy struck their community. John and Jack volunteered to cook BBQ for a charity event and their fledgling business took flight. The people who attended this event were so impressed by not only their ages, but by their willingness to work hard with a smile and a good attitude. Did I mention the BBQ was really, really good???

They chose a Lang because of Ben’s YouTube videos and they honestly just think it’s cooler cooking on a traditional stick burner. The Lang’s are a workhorse and after a little practice offer a really stable cooker. They are right it really is cooler to be #cookingonaLang.

Their business is doing well. Today with school and other jobs, (Did I happen to mention they also partner in a mowing and landscaping business?), John and Jack still cater weddings and do hams for Easter, Thanksgiving, and Christmas. Through the years they have done numerous charity events to support their community. Their famous Twice Smoked Ham recipe is in this newsletter.

They have now reached the ripe old age of 21 and 17. Their father still helps out with free help at catering events, but other than the early years, these Wright Brothers are doing it right all on their own. 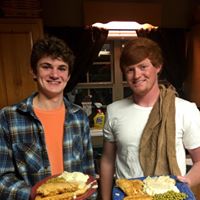 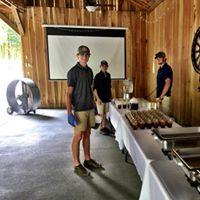